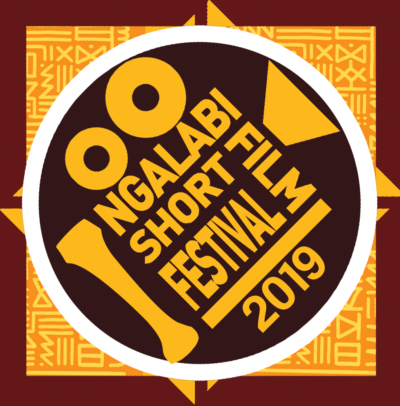 Goethe-Zentrum Kampala and Maisha Film Lab are happy about the outcome of the 3rd edition of the Ngalabi Short Film Festival!

The program of the third edition showcased short films, mainly from Uganda and East Africa, but was also concentrated on award winning short films from the greater African continent, as well as a selection of films from Germany, and as a novelty, shots from Sweden and the UK, all of them with various and vast topics. The event also included Question and Answer sessions between selected Film Directors and the audience. Being hosted on Goethe Zentrum Kampalas/ UGCS Rooftop Terrace, the space was fully packed day by day. Hosting a varieties of topics, Ngalabi 2019 stood out with a huge diversity, screening a plurality of genres. We are still very happy about the outcome!

„Ngalabi“,  a word taken from the language of Luganda, which can be translated into „Long Drum” and is one of the most popular symbols of the Kingdom Buganda’s culture, was chosen by Goethe Zentrum Kampala/ UGCS, in cooperation with Maisha Film Lab, for the cultural event of a Short Film Festival, that took place with its third edition from 1. – 3. February 2019 in the Goethe Zentrum/ UGCS.

The name „Ngalabi“ is both homage to the Buganda culture, as well as a symbol of the festival’s objective to celebrate the rich African culture through the medium of film: The Long Drum is being used to deliver a short message – while screening short films, the aim is to deliver long messages, having  a long lasting impact on the audience.

As a cultural collaboration between Maisha Film Lab and Goethe Zentrum/ UGCS Kampala, the program of the third edition showcased short films, mainly from Uganda and East Africa, but was also concentrated on award winning short films from the greater African continent, as well as a selection of films from Germany, and as a novelty, shots from Sweden and the UK, all of them with various and vast topics. The event also included Question and Answer sessions between selected Film Directors and the audience. Invited film directors where Beza Hailu Lemma (Ethopia), Sonny L. Mugambi (Kenya), Malcolm Bigyemano (UgandaNikissi Serumaga (Uganda), Achiro P. Olwoch (Uganda), Angella Emurwon (Uganda) and a representation for the Ugandan filmmaker Kemiyondo Coutinho. The talk backs between the film directors and the audience helped to exchange knowledge and answer questions about the filmmaking processes and the topics of the films.

The festival included five films from Uganda and Germany, two films from Kenya, one film from Ethiopia, Nigeria, South Africa, Benin, Tunisia and Ruanda, four films from Sweden and the UK. The Film Festival was free of charge and took place on the rooftop terrace of the Goethe Zentrum Kampala/ UGCS.

Sponsors and Partners of this event where Filmboard Karlsruhe, the Embassy of Sweden, British Council with its #EastAfricaArts Programme, the German Embassy Kampala and the Independent Days Filmfest Karlsruhe.

With an overwhelmingly great response and a great energy, the kick-off of the third Ngalabi edition was celebrated. After the welcome cocktail on Friday, Goethe Zentrums rooftop terrace was packed until the last seat (which didn’t change the following days!) – and while enjoying the surrounding sunset, the introductory speeches where held. Director Barbara Sommer welcomed everyone, followed by Programme curator Joel Tugaineyo, Rasheeda Nalumoso, on behalf of the East African Arts Programme by British Council Uganda, Petra Kochendörfer from the German Embassy Kampala and Samuel Sandberg Bremell from the Embassy of Sweden in Kampala, welcoming the audience and the filmmakers.

Variety of Topics and Genres

This year’s edition hosted, amongst others, notable award-winners like KYENVU by Kemiyondo Coutinho, MARAYA NI by Patricia Olwoch from Uganda and AYA by Moufida Fedhila from Tunisia, which collected several awards for Best Short in 2018. Also, the world premiere of Ugandan film HIBO & HODEN by Nikissi Serumaga, was screened. The festival also celebrated the return of Kampala-based filmmaker Malcolm Bigyemano aka Mr. Mankwa to the festival. This edition he brought the thrilling short MAWE – a film that pushes the boundaries of authentic Ugandan stories in cinema.

Hosting a varieties of topics, Ngalabi 2019 stood out with a huge diversity, screening a plurality of genres from Supernatural Fiction like Sonny L. Mugambi’s LOST BOYS, to Psychological Dramas as MARAYA NI by Patricia Olwoch and Coming of Age/ Diaspora pieces such as STILL WATER RUNS DEEP by Nigerian film director Abbesi Akhamie. Also selected films such as the Fairytale Drama PANTHEON, a short from Ange Regis Hounkpatin (Benin/ France), as well as the Mockumentary DIE LEITKULTUR WEIMAR by German Rebecca Stoehr and Animation pieces like the Experimental HAVE A HEART (Will Anderson, UK) and the Animation Comedy POLES APART by UK-based filmmaker Paloma Baeza, featuring the voice of well-known Hollywood Actress Helena Bonham Carter, were screened. Breathtaking films like the Horror/ Suspense piece FOLLOWER by German Jonathan Benedict Behr and the Swedish Thriller BOY RAZOR by Peter Pontikis excited tension in the audience. From moving Dramas to Comedy pieces, experimental and pulsating, as well as fascinating, intriguing, deep, moving and exciting shorts, streaking all kinds of genres, the movie world has to offer, topics alternated with each other, offering the audience a broad selection, tackling a variety of issues like immigration, climate change, living in the diaspora and many more.

Humbled by the great response, Goethe Zentrum is thankful for its supporters, helpers and visitors. We are glad that Ngalabi is growing and look forward to the next, even bigger, edition of Ngalabi in 2020!

Ngalabi Short Film Festival 2019 was accompanied again by a Master Class, which took place for the second time. Sponsored by British Council’s #EastAfricaArts programme and conducted by Maisha Film Lab in cooperation with Goethe Zentrum Kampala/ UGCS, a free three-day workshop for emerging African filmmakers was conducted, facilitated by renown film producer and head of the film department of London Film School: Femi Kolade. The workshop offered the participants access to advanced film-making tools and techniques, while serving as a hub within which they could interface and collaborate with one another. 10 emerging African filmmakers met at the first day, going through the Subtext of their scenes – this accompanied talking through them and keeping the Directional Instructions on point, so the desired emotions could be carried to the screen in the end. This was facilitated together with actors and professional cinematographers, taking care of the perfect sound and camera. Every involved film director wrote their own scenes in advance to the Master Class.

“People writing scripts – everybody who does it has a way and there are some rules which we all follow but everybody, every person who has done it will always be able to give you something that you can take home, like ‘oh okay, that can work! This can help!’ (…). All of us here are filmmakers that know each other, and we can call each other up to support and help each other, it’s like a big family (…). The promise of this Master Class is definitely to learn from each other. It’s cool, you come, you meet these guys, talk to them, you learn something! Everybody has something that you are gonna learn and you gonna go home with.”

After practicing and going through the several scenes the participants brought with them, the attending filmmakers, accompanied by Femi Kolade, began shooting their different scenes. 4 groups, consisting of the ten attending film directors, shot their scenes on two different sides: 32 Degrees East Arts Trust and Maisha Gardens in Kampala. Angella Emurwon, who was showing her short SUNDAY at Ngalabi Short Film Festival on Friday, was enthusiastic about the “collaborative space this Master Class is offering” in general. Not least because of the untypical, creative and inspiring workshop session, where “exchanging knowledge” was a big part of the cooperational work. Started as a writer, Angella hopes to grow in her work, also through this Master Classes Process – “growing as a writing director”, to see, “how combining both can work”. Also young Film Director Yuhi Amuli drew from the Master Class:

“You can do a lot of things, being a writer, a producer, a director, which many people are, but there is always one thing that you are able to do more and better …. There is a point where you are stronger than in the other points and I kept thinking about that so that was like a stimulus for me to find out which one I am really strong about (…). This Master Class, attending it again after last year, is an opportunity to meet (…) again and to discuss (…) and work on that again”.

On the third day of the Master Class all 10 participating film directors edited their work. After a tight schedule on Wednesday and Thursday, there was still a lot to do in the both creative and technical part, post-producing the single scenes. After the first, fine and final cuts of the material, the filmmakers finished their during the Master Class produced work. After a long, but promising and successful day, the film directors arrived just in time to the rooftop terrace of Goethe Zentrum/ UGCS, where the kick-off of Ngalabi‘s third edition was celebrated.

A Feedback Session was held under the guidance of Femi Kolade at the Goethe Zentrum Kampala/ UGCS Conference Room on Saturday, so the attending film directors could summarize and put their new knowledge in order, speaking about the progress this Master Class offered them.