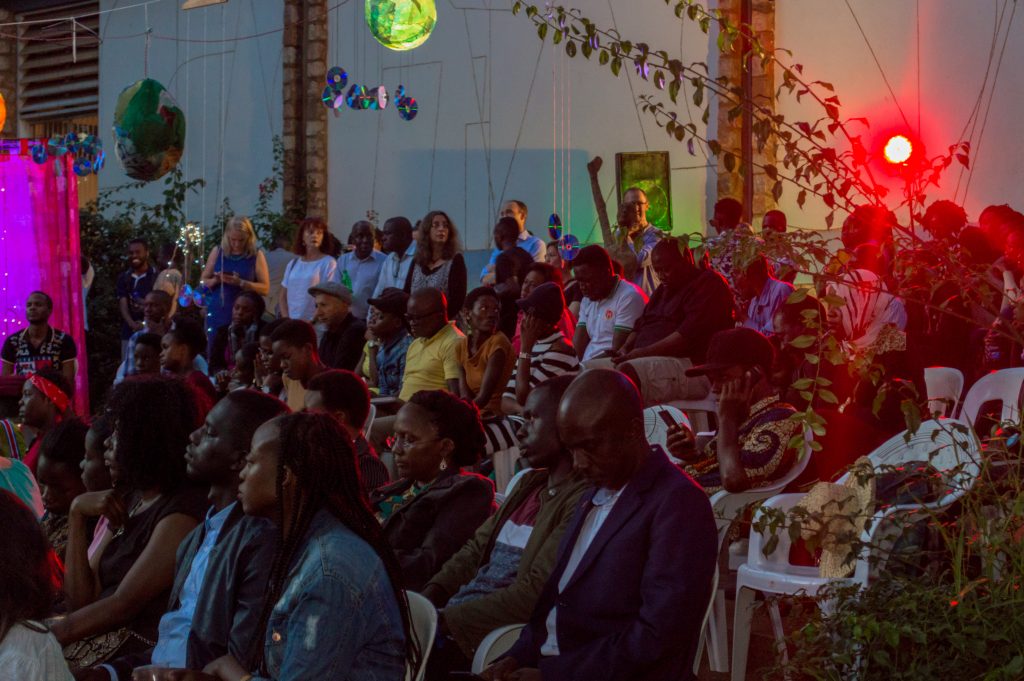 On November 22nd, 2019 the Ugandan German Cultural Society (UGCS) celebrates its 30-years anniversary with a full programme honoring 30 years of engagement and cooperation. The journey of UGCS hast started in 1989, until it officially became Goethe-Zentrum Kampala/ UGCS in 2008. It works as a platform for intercultural exchange and promotes the German language to Ugandan people. The theme of the event was “30 Years UGCS – Past, Present, Future.”

This 30-years anniversary was the perfect opportunity to dive deep into the history of the UGCS and dig up memories and stories from the past to put together a special magazine edition. The GZK team spent weeks researching, collecting old photographs, interviewing former directors, board members and partners of the GZK. All these information were then used for a magazine full of interesting insights into the past 30 years of the GZK. If you are interested in getting the edition, please get in touch with gzkampala2@goethezentrumkampala.org. On top of the magazine, artists that have worked or are still working and cooperating with the GZK have been interviewed. The video about their experiences and memories was shown as part of the 30-years celebration event. These elements presented the ‘’past’’ effect on the journey of the GZK.

The present of the GZK was highlighted through performances from various art forms out of a broad field of the arts and culture sector – Live Music, Dance, Film, Photography, Poetry, Fashion – which Goethe Zentrum promotes in its daily work and which also characterize the institution itself. The program included a dance performance by the Dance Adventure Studios; a poetry performance by Tumuhairwe Bruno Edgard of the Lantern Meet Foundation; live music and fashion show by FAAM Club; video messages and greetings of former GZK directors; a short film about the artist interviews; a live DJ reggae set by the Ugandan-German musician Ras Qulah, and a photo presentation about the UGCS history.

In regards to the future of our institution, the GZK team started an Open Call asking for ideas and projects revolving around the question ‘’Where do you see the Goethe-Zentrum Kampala in 10 years?’’. Three great proposals were selected and performed during the celebration. Firstly, a poem by Tumuhairwe Bruno Edgard, a fashion show project with a song written specifically about the Ugandan German friendship by FAAM Club, as well as an essay by Gloria Nakawooya, which was also quoted in our magazine. After speeches and word of thanks by the German Ambassador Dr. Albrecht Conze, board member and artist Taga Francis Nuwagaba, founder of the UGCS Prof. Gordon Wavamunno, as well as the director of the GZK Barbara Sommer, the about 600 guests were able to enjoy a delicious Ugandan – German buffet. The Ugandan cuisine was provided by the Le Petit Bistro (Kansanga), which is known in Kampala since its opening in 1996. The Black Forest Wabenzi’s Restaurant (Bukasa) offered amazing German cuisine including Bratwurst (grilled sausages), Sauerkraut (cabbage) and other delicacies. With more than 600 guests, the celebration was a great success.